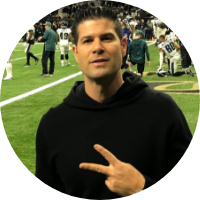 It took me a long time to write this, the words didn’t come easy, but neither was the journey to get to where I am today. It’s an easy default for me (and others) to stick to the professional side when writing an “about me” bio but continuing to do that would not allow me to accomplish something that is key to me feeling fulfilled. Even when I was lost along the way and didn’t really know myself, I knew that I would ultimately expose what I have learned and my experiences in hopes that it could motivate, educate and inspire others through the journey and hardships of their own. In 2001, I was young, had just graduated from chiropractic college and I was engaged to be married to my everything. I couldn’t have been happier with where I was in my life and I was so safe and comfortable in my skin for the first time in years. Brenda brought out the best in me and made me a better person. Watching her on a daily basis, the way she loved and cared for not only me but others who crossed her path, taught me so much about love and life. In October 2001 our life was forever changed when Brenda was diagnosed with breast cancer. The picture below was taken on August 26 2002, the day after we got married and were leaving on our honeymoon. 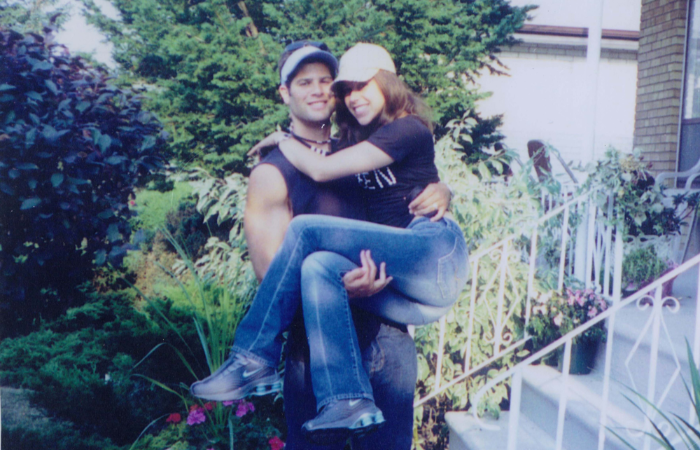 Up until 3 days before Brenda passed away, I thought we would get a miracle and she would live. I remember Brenda’s therapist, who later became my therapist, bringing me into the stairwell in the hospital, at that point I realized there was nothing to be done and our miracle as we envisioned it was not coming. My life as I knew it was over, but I had no clue how dark that life would become I just knew she was my soulmate, my better half, my motivation and made up so much of what had become me, the part of me I loved and respected most. I remember asking my therapist “what am I going to do?”, all she could do was embrace me because she understood there were no answers.

January 14, 2004 is my darkest day, the day life as I knew it was over. The years to follow were so dark and filled with indescribable grief. I lost all meaning and purpose. Nothing brought me happiness because the pain was too real, and I’d lost the center of my universe, everything was a painful reminder that Brenda was no longer physically by my side.

All I wanted to do was be with Brenda. For so long, I would wake up in the morning, slowly open my eyes and turn to look beside me, it wasn’t a nightmare, it was our painful reality. On weekdays, I would go to work, put on a brave fake-it-til-you-make-it face and try and help my patients as best I could. Work days would end the same, I’d leave at the end of the day hop in my car and drive home crying. Eventually, the tears did dry up, but I was still completely broken inside. I avoided as much as I could, but work was a constant. Years later I can tell you that work was great for me because it got me out of my house, gave me a purpose and was something I could find an escape and a sense of accomplishment in. I still find it crazy that in the face of such darkness I managed to build a career that I have. 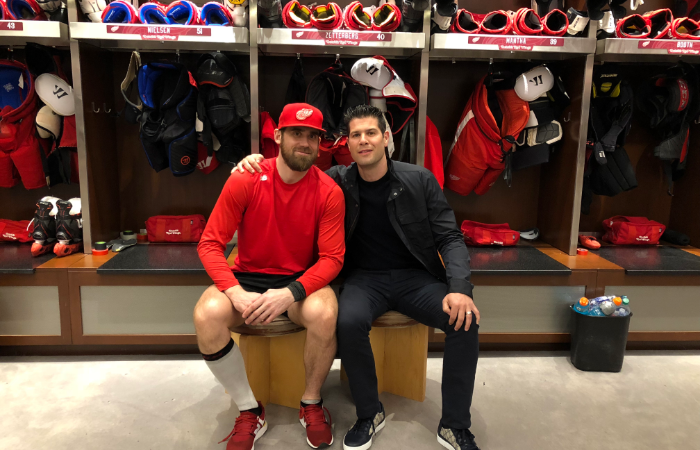 As a young (newer) Chiropractor I never did things in a textbook manner, although I didn’t know it at the time, I was always looking for better strategies that would help my patients recover faster and stay healthy longer. Once I started working with professional athletes and getting them back on the ice and field faster, I started to get more referrals and carved out a bit of a niche for myself as a specialist dealing with shoulder and groin injuries and developed protocols that yielded unparalleled results. This led me to focus my practice on prevention, performance and sustainability and the evolution of Elite Performance Consulting. Getting away from Toronto (my home) was always therapeutic for me, as it was a visual escape from my reality, and I am forever grateful to the kind-hearted athletes and their families who might have never known it (until now) but provided me with a safe haven and a sense of worth. 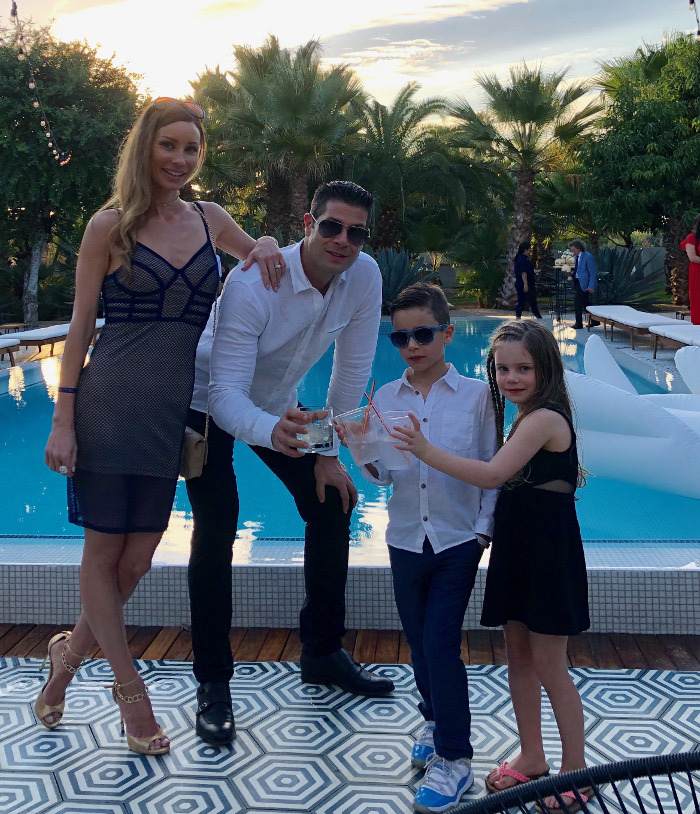 When I met Julie she worked out at the gym that I had my practice in. We came from different backgrounds and were living very different lives but there was something comforting to me about her and it allowed me not to over analyze things and accept the light that she brought into my life. Julie’s beauty caught my eye but her spirituality, kindness and positive energy captivated me. I truly believe that Brenda brought Julie into my life and has guided and protected us ever since. I am grateful that Julie saw through my grief and could see the light that existed beyond the pain and darkness.

I can tell you that if it wasn’t Julie, it wouldn’t have been anyone else. She was not threatened by who Brenda was and is in my life and found her own comfort in it. She embraced Brenda’s presence from the beginning and hasn’t wavered since. They truly have a bond and connection of their own. Julie found comfort in naming both of our children after Brenda. When Dylan was born, that’s when the darkness subsided, and the grief no longer took hold of me. Two years later, we welcomed Faith. My kids mean everything to me, I don’t take a moment for granted, and am so grateful to have them as every day with them is a blessing. When I can walk down the hallway at the end of the day and see two beautiful, healthy souls resting peacefully in their beds, I have nothing to complain about and so much to be grateful for!

15 years later I am still trying to get comfortable with the new me. PTSD wiped out a lot of my memory. There are moments, friendships and experiences that I can’t contextualize. I’m still not completely comfortable in certain social gatherings. It’s hard to see people that I once knew and have little recognition of how I knew them or the extent of the relationship etc. As I continue to evolve into the new Aubrey, I continue to come to terms with the reality that the Aubrey I once knew is no longer and so much was lost. But I am at peace and have comfort, because I have my 2 children and my 2 wives that love me for who I am, and allow me to love them, honour and respect them to the best of my ability. 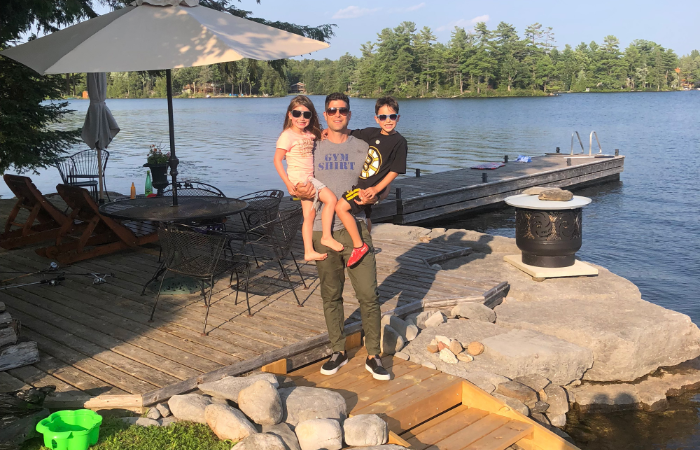 Thank you to those of you that took the time to read a little bit more about me and more importantly hear my words about Brenda and the connection that is forever. Brenda’s spirit lives on in many ways, and I will continue to honour and remember her through my professional, personal and charity work (more to come). I hope to use this platform and others to share stories and experiences to impact others, in Brenda’s honour and memory. She is forever my guiding light and her greatness will continue to create positive change in other people’s lives, as I always knew she would and alluded to in a letter I wrote to Oprah in 2003.